Grilling For A Great Cause

What does it take to grill the perfect steak? According to a new cookbook, the answer is a few good Marines.

Weber's new grilling cookbook, “Command of the Grill-A Salute to Steak,™” features grilled steak recipes by active, reserve, and famous former U.S. Marines. One hundred percent of the sales from the $10 cookbook will go to four charities that directly benefit U.S. Marines wounded or killed in the line of duty and their families: Fisher House™, Wounded Warrior Project, Injured Marine Semper Fi Fund, and the Marine Corps Law Enforcement Foundation.

To purchase a copy of “Command of the Grill-A Salute to Steak” and directly help Marines, visit www.commandofthegrill.com.

“We hope to raise at least a half-million dollars from this effort,” said Mike Kempster Sr., executive vice president, Weber-Stephen Products Co. “We want to show our support for brave men and women who have been separated from their families, wounded in the line of duty, and need help coping with new challenges when they come home.”

The book features recipes from “honorable mentions” and winners at grilling competitions held at Marine installations across the country, including Capt. Eric Peter Dominijanni's Disco's Hot and Tangy New York Strip Steaks. In addition to the winners' background information and anecdotes, the “Command of the Grill” cookbook also features grilling advice and tips; profiles of the four charities; and recipes from 10 famous former Marines, including Ed McMahon and Lee Trevino.

4 New York strip steaks, about 8 ounces each and 3/4 inch thick

1. In a medium bowl mix the marinade ingredients. Place the steaks in a large, resealable plastic bag and pour in the marinade. Press out the air, seal the bag, and turn several times to coat the meat. Place the bag in a bowl and refrigerate for 4 to 6 hours, turning the bag occasionally.

2. Let the steaks stand at room temperature for 20 to 30 minutes before grilling. Remove the steaks from the bag and reserve the marinade. Pour the marinade into a small saucepan, bring to a boil, and boil for about 10 seconds. Set aside about half of the marinade for basting the steaks. For the remaining marinade in the saucepan, reduce the heat to a simmer and cook until it has reduced to the consistency of a dipping sauce, 5 to 10 minutes, stirring occasionally. Set aside.

4. With the lid closed, grill the steaks over direct high heat (500ºF to 550ºF) until cooked to desired doneness, 5 to 7 minutes for medium-rare, turning once and basting with a little of the boiled marinade. (If flare-ups occur, move the steaks temporarily over indirect high heat.) Remove from the grill and let rest for 2 to 3 minutes. Serve warm with the dipping sauce on the side. 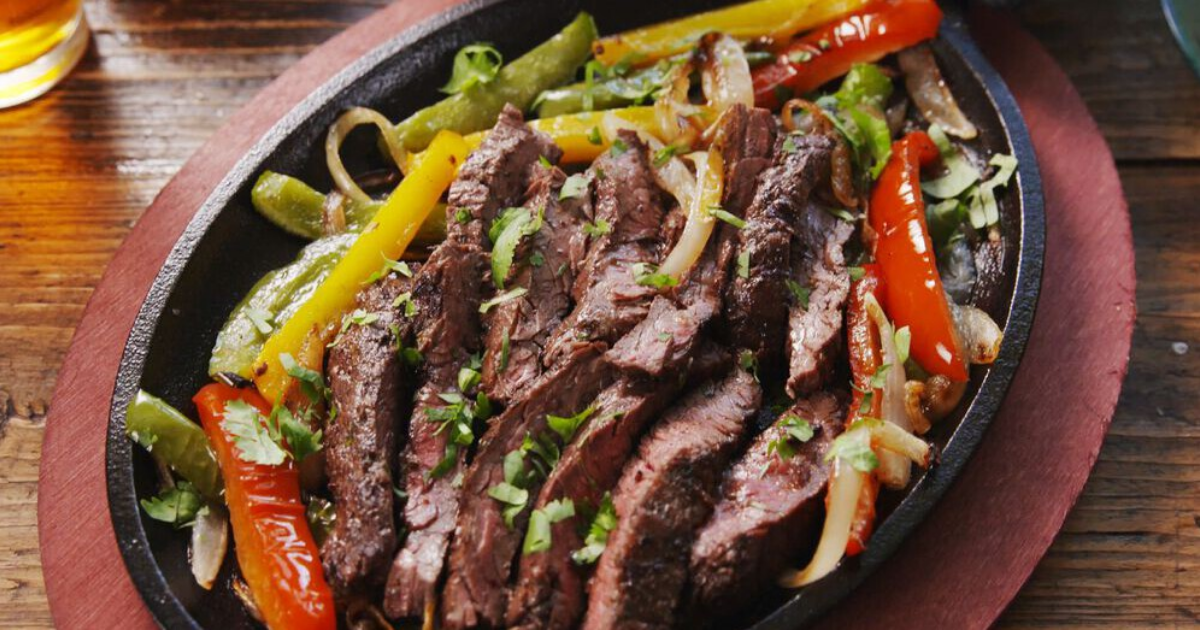 Strip steak makes an excellent meat for fajitas. These fajitas are easy to prepare and require little clean-up. The steak is already seasoned, so you don't need to marinate it before cooking. You can even freeze it for 30 minutes before you start cooking it.

First, heat a large skillet over medium heat. Add the onions and peppers. Cook until they are soft but not browned. Once they are soft, add the steak and stir-fry until it is no longer raw. Remember that the steak doesn't need to be cooked all the way; it will finish cooking when you add the vegetables.

Once the steak has been marinated, you can cook it on a hot grill or cast iron skillet. For medium-rare steak, you should cook it for about four minutes per side. If you don't have a large enough skillet, you can cut the meat into thin strips. 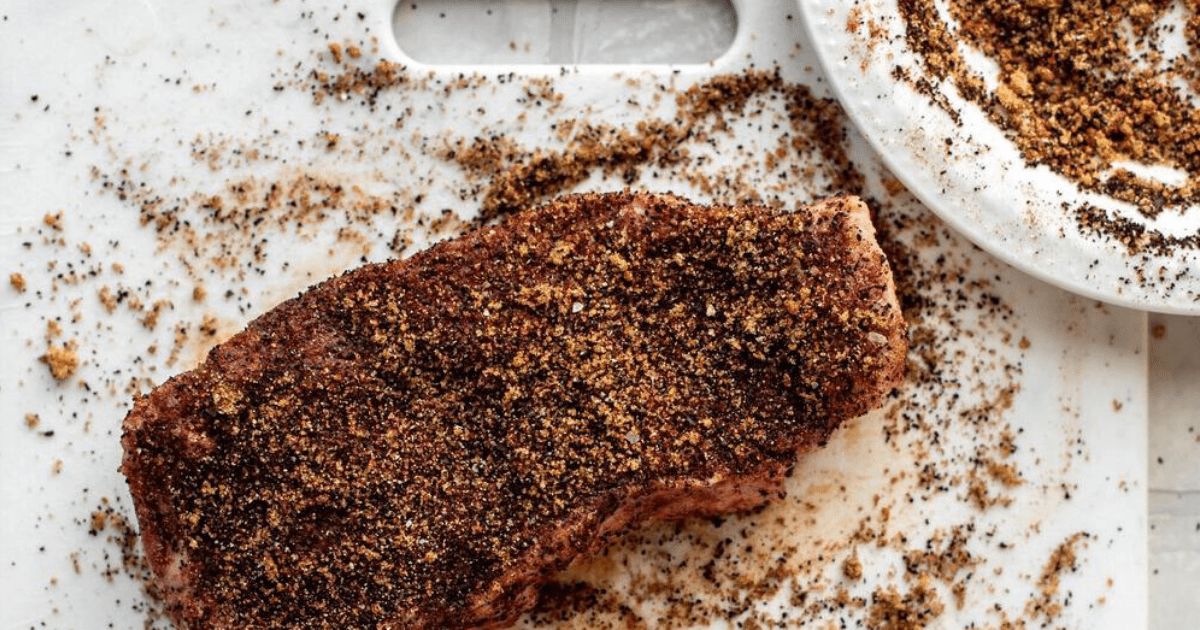 When cooking steak, use a thermometer to check the temperature. The internal temperature should be at least 150°F. You can also add sea salt, if you want to. Continue to cook the steak until it reaches a perfect medium rare or well-done level. When you're finished cooking your steak, you can move it to the cool side of the grill away from the coals. It'll finish cooking slowly over gentle heat, ensuring that it is just right.

After heating the steak, prepare the butter. You'll need it for the final crust, which helps with the magic char. If you don't like butter, you can use beef tallow or butter alternatives. You can also brush the steak with melted butter on one side, then the other side. Remember to turn the steaks every few minutes to achieve the final crust. If you're not careful, you may end up with a burnt steak.

If you're looking for an easy way to prepare a steak with a crispy crust, you'll want to try a Parmesan Crusted Steak. The combination of spices, herbs, and cheese in this recipe transforms the steak dining experience. Serve it with grilled vegetables and a glass of red wine to make the most out of it.

When preparing a steak crust, you should always consider the cut of beef you're using. It's important to choose a cut with the right fat and lean meat. You may also want to make the steak as thin as possible to reduce the risk of it being overcooked. 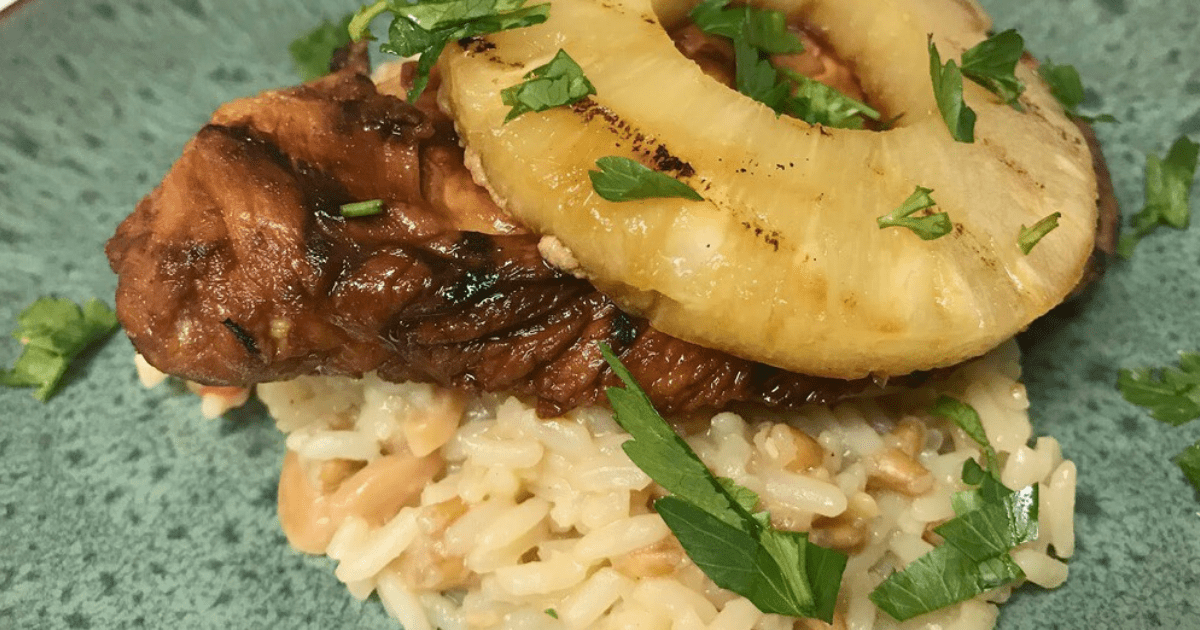 Hawaiian steaks are made with tender slices of beef, juicy pineapple, and sweet mini peppers. These ingredients are marinated and grilled until tender. Hawaiian steaks can be served with potatoes, fresh vegetables, and a simple salad. If you're looking for a fast and easy dinner idea, Hawaiian steak kabobs are a great option.

Hawaiian steaks can be cooked using a grill or on a barbecue grill. This method results in a juicy center and charred edges. The meat is best grilled in Hawai'i. Once you've cooked the beef, it can be stored in an airtight container for three to four days.

The meat used in Hawaiian steaks is usually made from Spam, which is widely mocked on the mainland. It's also served with pineapple. Spam is eaten in about a third of U.S. households and was the winner of a state fair recipe contest. One Hawaiian state fair recipe even turned Spam into a nacho burger.

Did you miss our previous article…
http://amazinghamburger.com/cooking-tips/pork-chop-with-mushroom-sauce-for-pork/